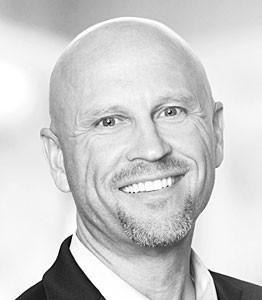 Brian L. Johnson is the current City Manager of Peachtree Corners, Georgia. As City Manager, he is the Chief Executive Officer of the city and is responsible for the management of all city departments and of all city affairs. He is currently one of only 1,379 local government management professionals worldwide to have earned the prestigious Credentialed Manager designation from the International City/County Management Association.
During Mr. Johnson’s current tenure, Peachtree Corners has gained international attention for its construction of Curiosity Lab at Peachtree Corners, a city-owned and operated 3-mile autonomous vehicle test facility and 500-acre smart city living laboratory. He has presented nationally and internationally on the economic benefits of creating a public technology laboratory and has provided advisory assistance to numerous cities considering similar projects. He is a frequent public speaker and has delivered remarks about Curiosity Lab from the main stage at transportation, smart city, and technology conferences around the world.

Mr. Johnson’s professional career began in the military where he served as both a Cryptologist in the U.S. Navy and as an Infantry Officer in the U.S. Army. He has also previously served as City Manager of Garden City, Georgia and of Anniston, Alabama.
Mr. Johnson holds a Bachelor of Arts degree in Political Science as well as a Master of Public Administration from the University of Georgia. He is a graduate of Harvard University’s Program for Senior Executives in State and Local Government as well as the Leadership Savannah, Leadership Gwinnett, and Leadership Georgia programs. He is a Georgia Trend 40 Under 40 “Best & Brightest” honoree and a two-time recipient of the Bronze Star Medal for Valor