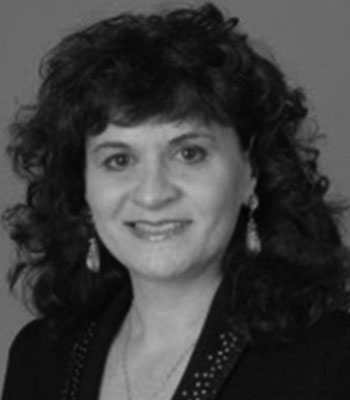 Karen Panetta received the B.S. degree in computer engineering
from Boston University, Boston, MA, USA, and the M.S. and Ph.D.
degrees in electrical engineering from Northeastern University,
Boston. She is currently the Dean of graduate engineering education
and a Professor with the Department of Electrical and Computer
Engineering at Tufts University, Medford, MA, USA. She also holds
secondary appointments in Computer Science and Mechanical
Engineering. She is the Director of the Panetta Vision and Sensing
System Laboratory. Her research interests include developing
efficient algorithms for Artificial Intelligence, simulation, modeling,
signal, and image processing for biomedical and security applications. She was a recipient of the 2012 IEEE Ethical Practices Award and the Harriet B. Rigas Award
for Outstanding Educator. In 2011, she was awarded the Presidential Award for Engineering and Science
Education and Mentoring by U.S. President Obama for her Nerd Girls Program to empower young
women in STEM. She is the Vice President of the IEEE Systems, Man and Cybernetics Society. Karen was
the President of the 2019 IEEE-HKN (Eta Kappa Nu) honor society and 2021-2022 IEEE Awards Board
Chair. She is the Editor-in-Chief of the award-winning IEEE Women in Engineering Magazine. She was the
IEEE-USA Vice-President of communications and public affairs. From 2007 to 2009, she served as the
Worldwide Director for the IEEE Women in Engineering, overseeing the world’s largest professional
organization supporting women in engineering and science. Karen is the CEO and Co-founder of Tessera
Intelligence Inc., Co-founder of Sea Deep Inc. and Co-inventor of the first Digital Twin. She is a Fellow of
NAI, IEEE, AAIA, NASA JOVE and AAAS.