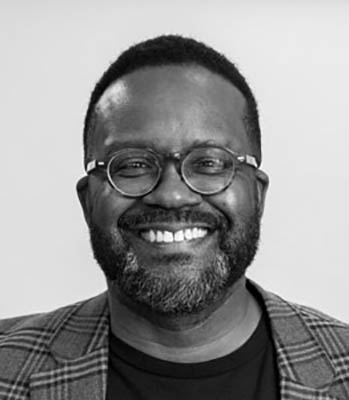 As CIO of the City of Dublin, Ohio, Doug McCollough has embraced the rich community
of innovation that is Central Ohio. Through collaborations and partnerships he has
worked to connect people to opportunities, remove barriers, and promote change in
initiatives ranging from Smart and Connected Cities, IT Workforce Development,
expanding broadband access, Connected and Autonomous Vehicles, and Blockchain in
Government. He has spoken as a Subject Matter Expert and advocate on technical
subjects, diversity and inclusion, and using technology for community development.
Prior to joining the Dublin team, Doug held positions within the State of Ohio
Departments of Public Safety, Commerce, Industrial Commission, and Medicaid. He
served as the Director of Information Technology for the City of Richmond, Virginia,
and as a Project Manager at Nationwide Insurance and Alcatel-Lucent. He is on the
boards of Per Scholas Columbus, Tech Corps, Black Tech Columbus, and Jewish
Family Services of Columbus.
Doug earned a bachelor’s degree from the University of Toledo in Information Systems
and Operations Management and a Master of Business Administration degree from the
University of Notre Dame. He is a 2019 Top Doers, Dreamers, and Drivers Honoree,
and 2018 Ohio Public Sector CIO Academy Municipality CIO of the Year.