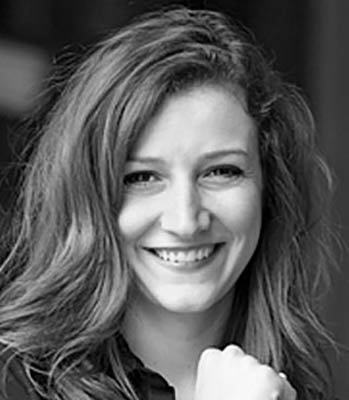 Instrumental in Columbus becoming the sole winner of the U.S. Department of Transportation’s Smart Cities Challenge in 2016, Jordan Davis has played a founding role as Director of Smart Columbus for the Columbus Partnership, leading strategy and partnerships for deploying emerging technologies to improve people’s lives in cities. In her role, she has overseen one of the country’s first self-driving vehicle deployments, formed partnerships with over 100 different organizations representing $720 million of aligned investment, and directed Columbus’ effort to increase electric vehicle adoption by nearly 500% breaking world records for EV education and leading the Midwest in market growth.  Most recently, Jordan incepted Can’t Stop Columbus, a grass-roots innovation movement responding to the unprecedented challenges of COVID-19. The effort has attracted over 600 virtual volunteers, launched over 30 projects in 12 different issue areas of the community, and is now organizing to be a permanent organizing platform for civic tech and skilled volunteering into the future.  In the community, Jordan is Co-founder and Director of the Central Ohio Leadership Academy, member of the board for the Columbus School for Girls, and former three term Chair of the Create Columbus Commission.  Jordan has been fortunate to speak to audiences around the world about her pioneering work and has been honored as one of the ‘Top 25 Government Doers, Dreamers, and Drivers’ by Government Magazine, ‘Top 100 Influential Young Executives’ by American City Business Journals, a ‘Rising Star’ by Automotive News, and one of ten Mercedes Benz Future of Mobility Fellows in the world.