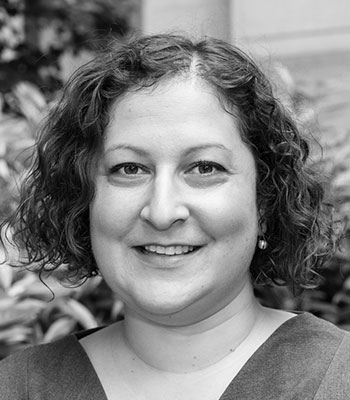 Emily Schapira has served as Executive Director of the Philadelphia Energy Authority since 2016 and as a board member since 2011. PEA is an independent municipal authority focused on energy affordability and sustainability for Philadelphia. Emily joined PEA to develop and execute the Philadelphia Energy Campaign, a $1 billion, 10-year initiative to advance energy efficiency and clean energy across Philadelphia, while creating over 10,000 jobs. In its first 2 years, the Campaign helped launch more than $100 million of projects and tracked nearly 1000 jobs. PEA also runs Solarize Philly, a program focused on building an inclusive, affordable, robust solar market in Philadelphia, and is developing the nation's first vocational program for high school students in Clean Energy. PEA won a Smart 50 award in 2017 for its Multi-Family Affordable Housing pilot, which used smart technology to lower utility costs for low-income tenants.

Emily has over 15 years of experience in the private and MUSH sectors in energy and sustainability. She was previously Director of Global Accounts - Lighting at WESCO Distribution, Chief Operating Officer at Aelux, a national lighting and controls retrofitter, and worked on sustainability for Verizon, Intel, and the Wharton School. Emily has an MBA from Wharton and a BA from the University of Pennsylvania.